St. Mary’s parish in Maidstone began in the early 1840’s – first in family homes, then in a log cabin.  The current church was built in 1874 on land purchased from the Geary family.

There were two beautiful houses built next to the church – one for the priest and one was a convent for the nuns who served the parish and community.  Only the priest’s house remains. 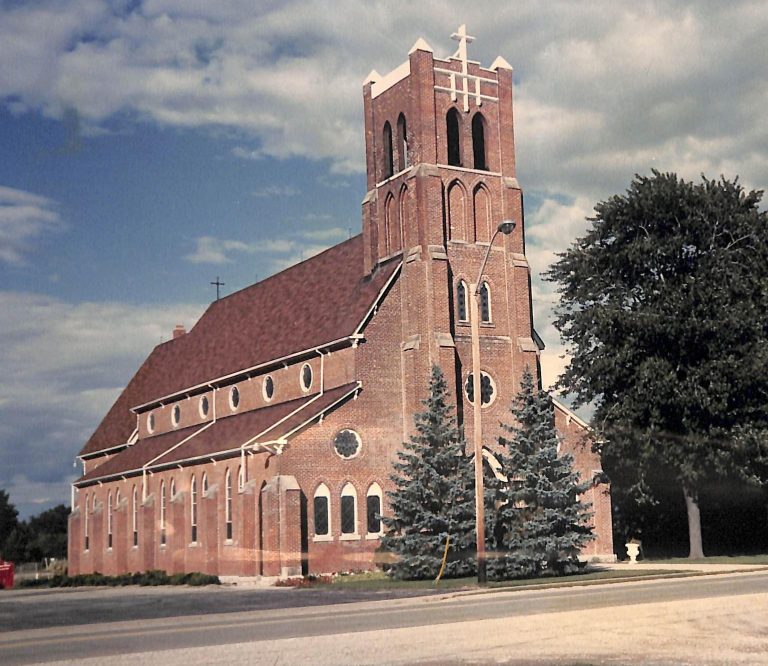 In 1841 the Rev. Thomas Welby, Rector of St. John’s Church, Sandwich, seeing the spiritual needs of the people of the Irish settlement in the Township of Sandwich South, began service in a building of hewn native oak on land belonging to G.B.Collins near to what is now the #3 highway.

In 1871 a frame church was constructed on the Fifth Concession (now Howard Avenue), and in 1913 the present brick church was commenced immediately to the north of it and consecrated in 1921.

A cemetery can be found surrounding the church.  The church basement served as a community center proving a meeting place for many groups over the years including the Girl Guides. 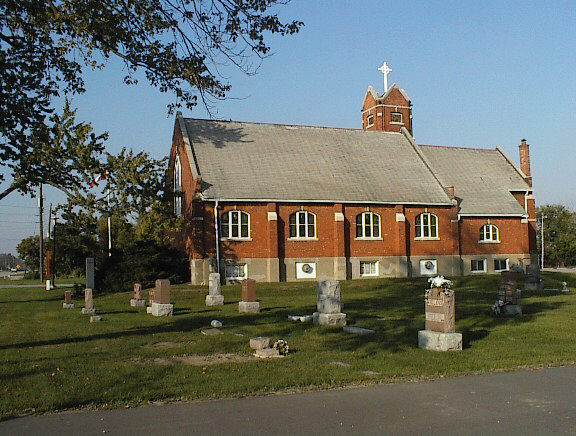 Originally formed in Sandwich East around 1856.  A small group od settlers would gather in a log church on what is now county road 42.

As the congregation grew, land was purchased and a new wood frame church was built on Baseline road in 1888, in the Fairplay settlement.  Several additions were added over the years. 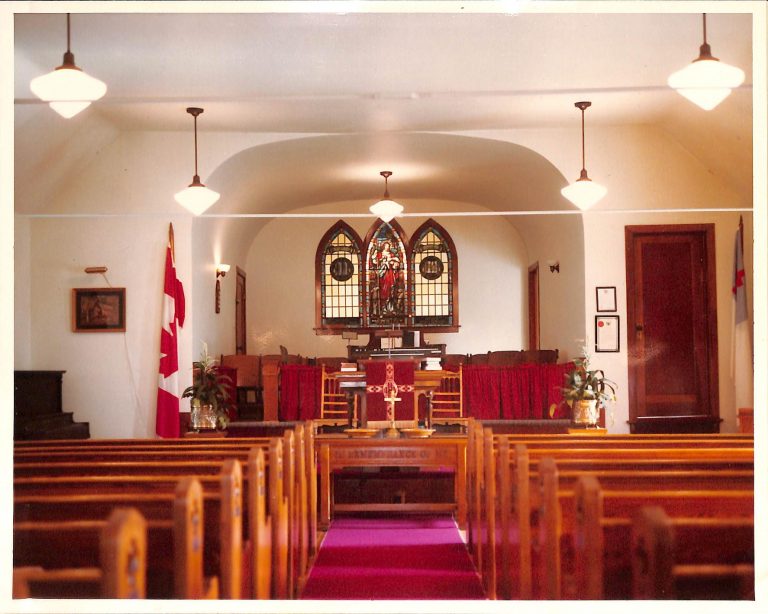 Church of the Redeemer

Records of history reveal that in 1899, a Mr. Frederick Hewitt, then a student of Huron College and assistant to the Rev. D. H. Hind of St. John’s Church, Sandwich, had a charge of the mission of Redeemer Church. Services were being held at that time in the orange hall, in what was then Sandwich South Township. Mr. Hewitt thought that it would be fulfilling the spiritual needs of the people to have a church of their own.

In 1900, the Rev. W. H. Hartley came to St. Stephens as rector. He continued to conduct the services and preside over the Sunday school in the orange hall. He also saw the need of a church for the Redeemer Congregation.

Accordingly, under the enthusiastic leadership of the rector and the committees in charge, building material was hauled for a church to be erected on the Essex Town Line in Colchester North. Bricks were hauled from as far away as Elmstead. The land for the church site was donated by the late Robert Shuel Sr. The following spring, the church building was completed and was dedicated on May 31, 1901. In four years the mortgage on the church was paid off and on a Monday, November 6, 1905 the church was consecrated. At this service twenty-three candidates we confirmed 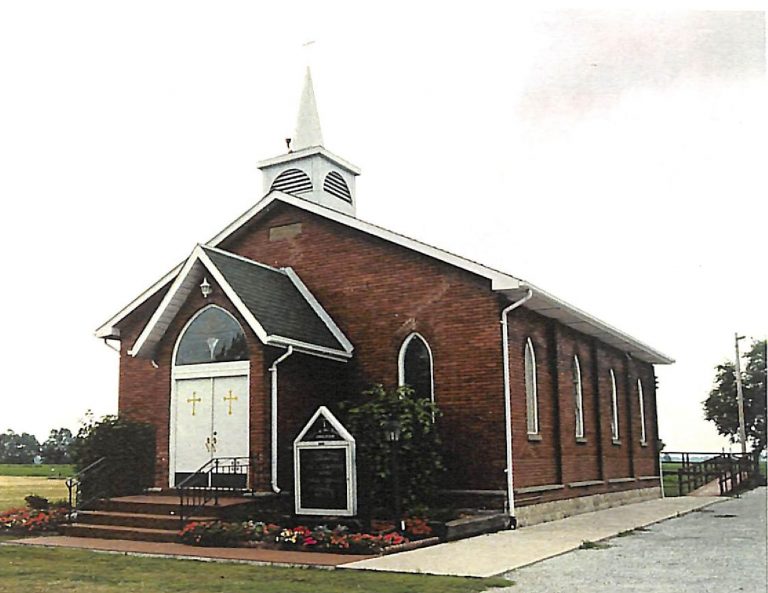