At the same time, the Oldcastle Co-op was under construction on lot 302 South of Talbot Rd. and East of the Oldcastle Rd.   Kavanagh’s original gas station, grocery store, and tourist camp was later replaced by Oldcastle Variety Store owned by Jack Tasker. 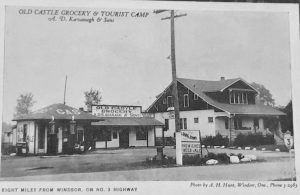 The Oldcastle Farmer’s Co-operative began in 1920 with Albert Kavanagh as the first manager.  It was located on Talbot road at the rail line near Walker road.   It was a typical country store that also had a grist mill and a grain elevator.

Several additions and expansions of services were made over the years, including a service station, feed mill, grain dryer, and warehouse.  At one point in the early years, it was the largest  co-op in Essex county.   Membership began dwindling in the 80’s and the co-op closed it’s doors for good in the 90’s. 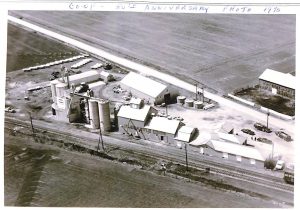 Nace Halford’s store was built in the village of Maidstone around 1890 on Talbot road near Malden road. It was a vital part of the community. Sandwich South Council minutes regularly report payments to Nace for gas, stationery and postage. There is also record of the Council paying for groceries for various individuals in the 1930’s.

The store also served as a post office and was home to the first municipal telephone exchange in Maidstone.   The store closed in the mid 1960’s. The postal service continued until Canada Post bought the site, and tore down the store to build a new post office which still stands on this location in 2021. 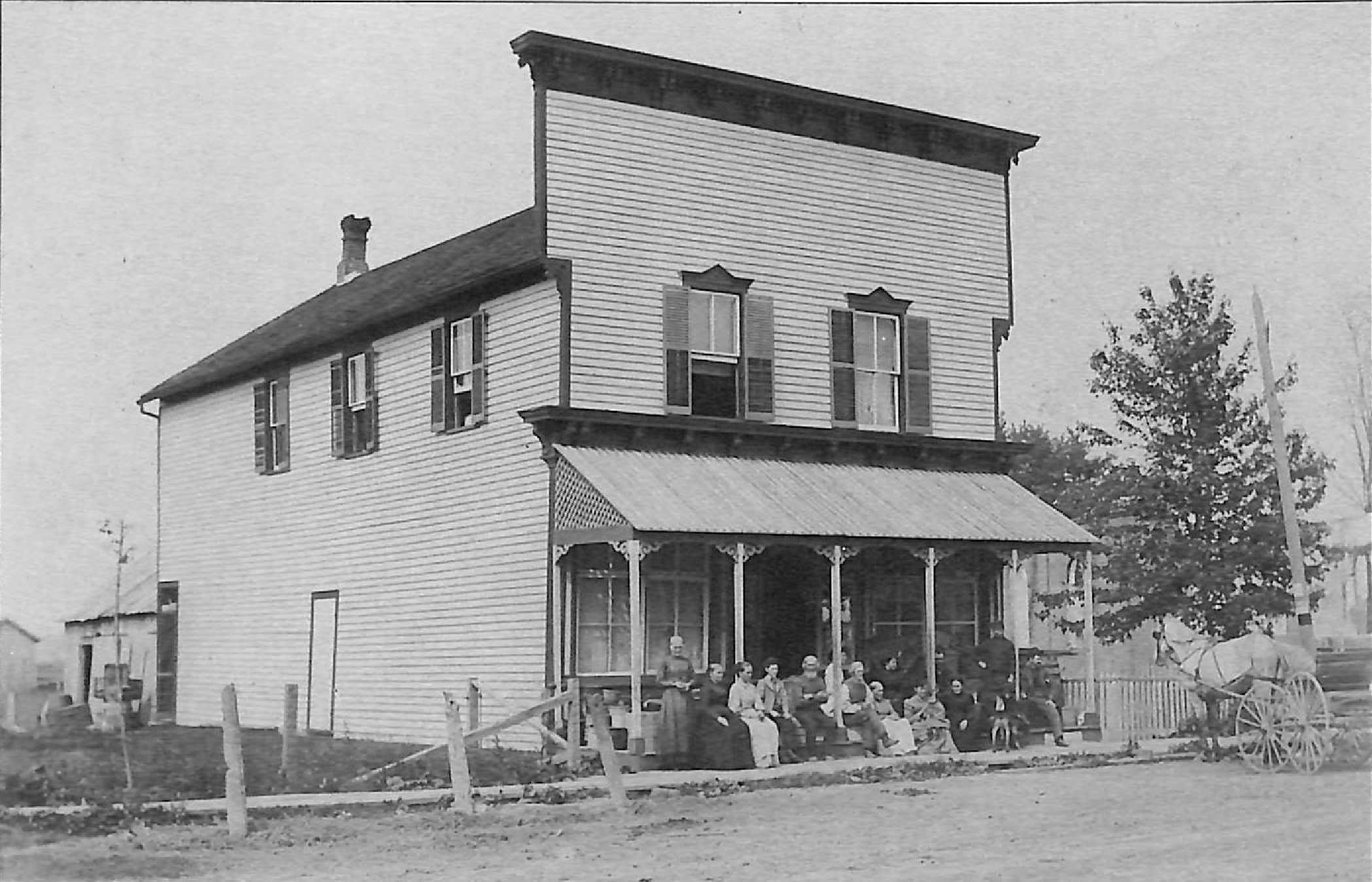 The general store on Talbot road in Maidstone Cross was originally owned by Tom McCloskey.  Mike and Camily Joh purchased the store in 1915 after immigrating from what is now called Lebanon.

They ran the store as a couple until Mike’s death in 1952.  After that, Camily continued on as sole proprietor until her retirement in 1982. The store has been closed for many years and the building remains as a private residence. 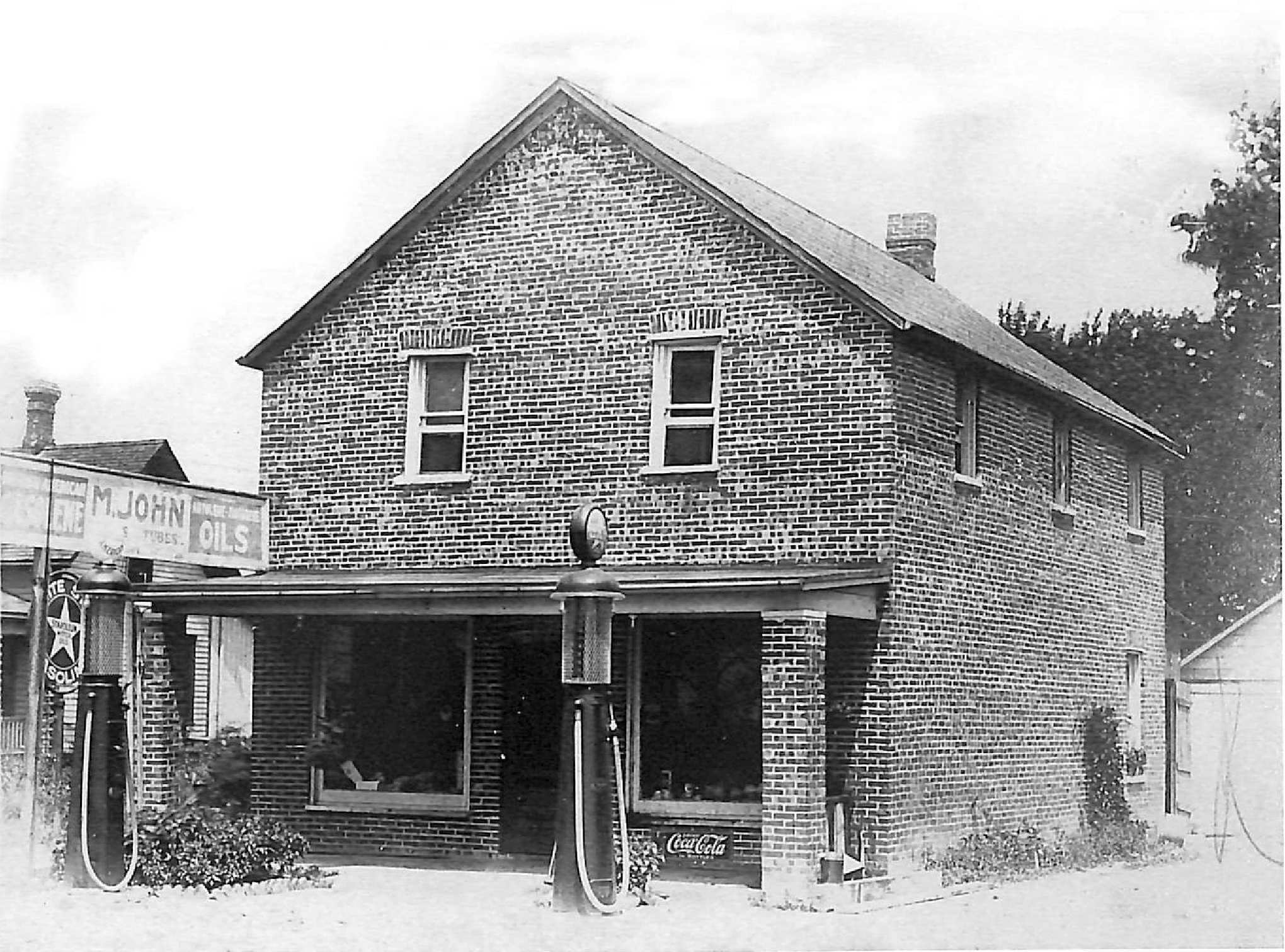 The Beaver Pool Motel opened in July 1953 on Walker road in Oldcastle across the street from where the Fire Station is now.  It was owned by the Bisson Family who bought the 1.25 acre property from the Collins family.  It was later sold it to the Bondy family.  It has the claim to fame as being the first motel in Ontario to have a swimming pool.

Kids from Windsor to Paquette Corners would walk or ride their bikes there and swim all day for ten cents, and later 25 cents.  The motel closed in the late 1970’s and the building became the home to Job-Mar Construction for several years. 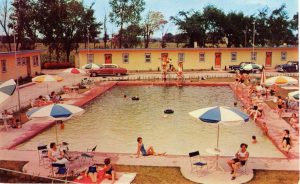 This section is for published directories and general business information not relating to a specific company.