Born in Sandwich East, Ontario in 1887.  He grew up in Jackson’s corners, which is now the Roseland area of Windsor. He was first elected to the House of Commons of Canada for the riding of Essex East in the 1925 Federal Election. As a Conservative, he was defeated in the 1926 election and was re-elected in the 1930 federal election.  In 1935, he was the Deputy Speaker and Chairman of Committees of the Whole of the House of Commons.

Many streets in the Roseland sub-division area were named after him and his family. (Ducharme, Morand, Bedford to name a few) 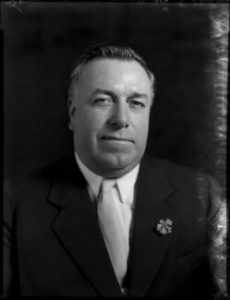 Mrs. Crowder is among the most well- known and well-respected ladies of Sandwich South. Through her role as Tweedsmuir History Curator* of the Oldcastle Women’s Institute from 1950-1980, she has left a legacy of local history in many volumes that has been a resource for many people. Ken Bennett acknowledged her contribution in his book ‘The Saga of the Irish Settlement’. She is also acknowledged by Laura Langlois in ‘The History of Sandwich South’, and contributed to Neil Morrison’s ‘Garden Gateway to Canada’. In 1967, when the Ontario Department of Municipal Affairs was compiling local histories, Sandwich South Clerk Bert Bedford and the Council wisely forwarded the request to Mrs. Crowder.

Mrs. Crowder is described by as a woman of unlimited energy. While raising three children, Helen, Robert and Edwin, she was active at St. Stephen’s Church Ladies’ Guild, Essex Deanery of the Anglican Church Ladies’ Auxiliary, the Home and School Association for SS #6, the Women’s Institutes of both Oldcastle and Essex District, and the Essex and District Horticultural Society. She had beautiful flower gardens (In 1983 her special rose won the Molson’s trophy for ‘Queen of the Show”, and a memorial ‘Myrtle Crowder Trophy’ is awarded annually for Best Floral Arrangement at the Essex Garden Club.) and a variety of fruit trees in her orchard.

She organized banquets, work shops, bus trips and conferences. Countless members of this community have benefitted from the efforts of Mrs. Crowder. 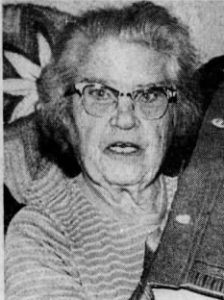