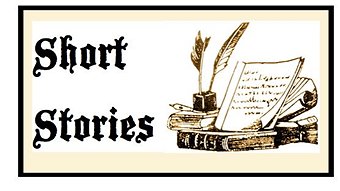 A collection of stories and memories as told and submitted by residents of Sandwich South township.

Remembering Jack Tasker - by Mike Turton
Remembering Jack Tasker, His Store, and His Stories.
Our Love-Hate Relationship with Jack
(Nonfiction, 300 words)
By Michael Turton
I’m 10 when I first meet Jack. I ask him for a bag, for things my mom sent me to buy.
Jack responds, “You some kind of smart-ass, kid?”
Jack Tasker’s Oldcastle Variety Store soon became our hangout.
As teens we practically lived there. The variety store lacked variety, something we found hilarious. There was also a lunch counter, three tables, a pinball machine, a pool table and post office. Jack was postmaster.
We got on his nerves; he gladly returned the favour.
On bikes, we’d spray his sidewalk with gravel; Jack would greet us with a broom.
We’d gripe about school; he’d say,” Don’t tell me your problems boys, take’em to Jesus!”
He’d yell at us for wasting toothpicks. Until Tom brought a big mouthful of his own.
He liked playing pool with us; didn’t like Pat and Leon breaking the plate glass window with the cue ball.
When Tom and I mastered the pinball machine, playing all day for a nickel, Jack was livid.
We’d annoy him to hell. Then he’d hire us to do chores.
We’d piss him off on Friday, then on Saturday he’d say, “Wanna go to the stockcar races boys?”
The string of women who lived with him shocked us, as did the return of Gladys, his wife.
His tales of fighting Rommel as a tank commander at the Battle of El Alamein, stories that required whiskey first, enthralled us.
On Frith’s pond, he played hockey better than we imagined.
At a wedding, he stunned us with his smoothness on the dance floor.
At Christmas, he’d offer all the older regulars “The Special” – a free turkey dinner with all the trimmings.
Now I’m 19. I order a burger. Gladys says, “Jack wants you to have “The Special.”
Finally, I’m no longer a kid.
Holloween Memories / Stories - Various authors

A Haunting Story by Melissa Dubs

I grew up on the farm that my dad was raised on as a child. Some of the old structures were still standing when I was a child. I was drawn to this one little building that looked like a tiny house. There was old furniture stored in there and a stove oven. Even though it was old and dusty, I thought it was so charming. I use to play in there and my imagination would run wild. I had an imaginary friend named Wofey. And he seemed as real as any friend I ever had. Wofey was an older man as I pictured him. When I grew up my dad told me a story about an older gentleman who was my grandparents farm help. That man was my Dad’s best friend. Unfortunately my dad found him dead one morning at their kitchen table. He has died of a heart attack. My dad said he was heartbroken. Dad told me his name was Wolford and he lived in that little structure that I would play in as a child with my imaginary friend Wolfey…. True story.

Halloween as a kid was so exciting. Our neighbour, Mr and Mrs. Bauer used to make popcorn balls every single year. We loved them, but these were dad’s favorites.
One year dad decided to put a speaker inside a giant pumpkin he grew on the farm. It sat along the sidewalk with a white sheet covering the bottom stool it sat upon.
Dad used to watch the kids walk up the sidewalk, from the upstairs bathroom. As they got closer he would begin talking to them. They were already terrified to walk up the driveway because it was so dark. But those brave souls that did come, were then greeted by the GREAT pumpkin
That was an awesome memory
We used to go to the neighbours houses first, but then we headed down to Paquette Corners where the houses were all nice and close together. We had loads of candy for months under our beds. I so love Halloween

Halloween Memories – by Sandra Tisch
All of the neighbours down South Talbot (between Howard and Walker) would have bags full of goodies, with our names written on them, for when we arrived. Mr. Wright (who lived close to across from the old Curtis Farms) always had a great big heavy bag of apples for us =:o) Usually it was cold, sometimes snowy, but our Dad would drive us and we’d make the rounds. Great memories! It was so different in the 1970’s – you knew everyone that lived down the street and they knew you. Now, I hardly know anyone =;o(
A School Bus In The Ditch - by Kevin Durocher

A School Bus in the Ditch – by Kevin Durocher

It was a typical snowy winter in Sandwich South in the mid 1970’s.  The exact year and month eludes me but the event has been ingrained in my mind since childhood.

Our school bus left St. Mary’s as usual following a day of learning and fun with friends.  The temperature had climbed above freezing earlier in the day and we had some rain instead of snow for the first time in a while.  I was on bus #4, driven by Mrs. Kotow, and our bus route took us up and down the concession roads, north of county road 46.  As we turned on to the 11th concession, I was marveling how the deep ditches were full of snow and nearly leveled off to the road.

By this time in the afternoon, around 3:45, the temperatures had dipped back to below freezing.  The slushy roads from earlier in the day had returned to snow and ice.  Mrs. Kotow was a pro, she had been driving the bus on snowy roads for years.  Today was different though.  Earlier in the day, a car had done some fish-tailing, leaving ‘S’ shaped ruts in the road that were now frozen.   The tire on the bus hit one of these frozen channels.  Since the rest of the road had become icy, she was unable to steer the bus out of the rut.  Due to the tire positioning, this put us on a collision course with the large, deep ditch on the east side of the road.

Despite how it seems, many things were in our favour that day.  The snow on the side of the road helped slow us down a bit, allowing for a bit more control than the icy road.  As we hit the ditch, we were slowed even further by all the snow in the ditch.  As we came to a stop, the right side of the bus was completely embedded in the deep snow drift that filled the ditch.  The wheels on the left side of the bus were still near the edge of the road.  The bus was tilted at about a 30 degree angle with only the snow in the ditch keeping us from sliding further down.  We were stranded, the bus could not move, and  nobody was hurt.

Picture in your mind how a scenario like this would play out in 2021.  A school bus full of kids, in a ditch, in freezing temperature, on icy roads.  The police, fire crews, and tow truck would be called.  News media would show up and it would be the top story of the day.

After briefly panicking and explaining to us how she could not steer out of the icy rut, Mrs. Kotow took action. She got out of the bus and walked to the nearest house to ask for help.  Within minutes, we were surprised to see a tractor come chugging out of the barn near the house.  The farmer backed up to the bus and hooked up his chains.  All of the kids on the bus were told to move to the left side of the bus.  The farmer and his trusted tractor effortlessly pulled our bus out of the ditch and back on to the road.

With a simple wave and a thank you, the farmer pulled away and the school bus continued on its route.  We got home less than half an hour later then usual.

I don’t know who the famer was, but I believe we were near the Lavin farm.  The farmer was our angel that day, and Mrs. Kotow was our hero for keeping us calm and handling a situation that could have been much worse.

There are many reasons to thank our bus drivers and farmers.  Add this to the list.

Do you have a story or memory you would like to share?  Please fill out the form below and let us know.  It will be reviewed and added to our web site for all to see.